In Angels & Demons, directed by Ron Howard, BDC matched the real life Cardinals in the Vatican, and thirty of the Cardinals we cast were hired to do voice-over work for the movie.

For the movie-of-the-week Hiroshima, one of the director’s requirements was that we use real Japanese people who would have to re-enact the horrifying effects of the atomic bomb explosion. We went a step further and found people who had actually lost some of their family members that day.

In the movie Spanglish, we hired the real Cordon Bleu chefs to work in the kitchen scenes that were supervised by the world-renowned chef Thomas Keller of the famous French Laundry Restaurant in Napa Valley.

For Seabiscuit, we went to the major horse farms and persuaded the owners to let their best trainers, grooms, jockeys, and staff work with the movie. We studied the footage from the 1930s and matched it for the thrilling Match Race scene.

In A Beautiful Mind, we used actual Princeton, Yale, and Harvard students and professors and carefully researched the percentages of women and minorities for the different time periods so the look was absolutely accurate. 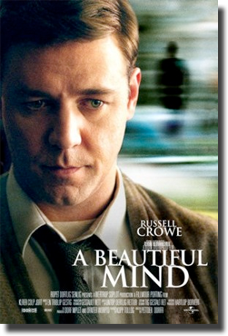 To add to the authenticity of the scenes, we surrounded Russell Crowe with the real mathematicians from Princeton University.

In the movie 8 Millimeter, we created for Joel Schumacher, the underworld of child pornography and the sex clubs of Los Angeles. We went to shelters such as the Children of the Night and found teens who were in recovery programs.

In the HBO series Deadwood, we provided extras who helped create the authenticity of the 1890s for David Milch. We found men who had the ideal look with long beards and hair to match the period.

In the movie Steel Magnolias, which was shot in Nachitoches, Louisiana, we found the original people who attended Susan Harling’s wedding and funeral. In the ICU scenes with Sally Field and Julia Roberts, we used the actual doctors and nurses who were there the day Susan died.