Bill Dance, a native Virginian, developed a true passion for the Arts at early age and began studying dance at the age of three. After graduating from high school, he traveled to Los Angeles where he attended the prestigious UCLA’s Theater Arts Department. After graduating cum laude with a B.A. in Theater Arts, Mr. Dance then enjoyed an accomplished performing career as an actor, singer, and dancer. One of the highlights of his career was working with Gene Kelly in the Broadway show Gene Kelly’s – A Salute to Broadway in which Mr. Dance co starred. Mr. Kelly sent him a telegram opening night saying… “Bill Dance…Dance…Dance-Gene Kelly.” 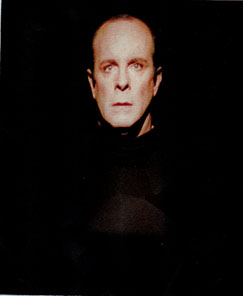 As a casting director, Mr. Dance has worked on such prestigious films as: soon to be released Saving Mr. Banks, Alice in Wonderland, Angels & Demons, Frost Nixon, and the Academy Award Winner A Beautiful Mind. Also, he has worked on When a Man Loves a Woman, Indecent Proposal, Far and Away, and Steel Magnolias. TV credits include: Mad Men, Deadwood, and Mistresses.

Mr. Dance also wrote and performed his one man show Mind Games to sold out audiences in L.A. As a singer, he also performed his nightclub act Back by Popular Demand at L.A.’s in-spot the Gardenia. Most recently, Mr. Dance has completed his first book, Moments…Madness…Motivations.

Mr. Dance also travels to universities and colleges as well as theater companies giving seminars and master classes to actors, both beginners and professionals.