“Bill Dance is a talent scout out in the streets and down in the trenches.  The fragile illusion crafted to transport an audience into another time and place, urging believe, believe… depends on the subtle performance of our extras.  At their best, these extras blend into the very fabric of the film accepted but unnoticed.  I called on Bill Dance to authenticate the underworld we invented for Eight Millimeter with extras who would not seem like extras.  We wanted neither to glamorize this world nor to make a farce of it, but to take the audience along with Nicolas Cage through a convincing fiction touched with the sadness of real life.  Bill Dance ensured on the film we had the best actors in the background as well as the foreground.  We have many partners in film making, and Bill is a fine partner who deserves acknowledgement. Great actors make great movies, great extras make them also.”

At Bill Dance Casting, we take great pride in our work, and are passionately dedicated to the unique vision of each production. We personally hand-pick every background artist, doing it in the classic “Old Hollywood” tradition where casting was a crafted art form. The quality and expertise of Bill Dance Casting is unsurpassed as evidenced by our body of work ranging from Hollywood blockbusters to small independent films. Bill Dance Casting has worked with noted film directors such as Ron Howard, Joel Schumacher, James L. Brooks, and Tim Burton. They continue to entrust us with their productions, knowing they will get the true artistic production value for their visions.

THE MAN
BEHIND THE VISION

Bill Dance, a native Virginian, developed a true passion for the Arts at an early age and began studying dance at the age of three. After high school, he traveled to Los Angeles where he was accepted into UCLA’s prestigious Theatre Arts Department. He graduated cum laude with a B.A. in Theatre Arts and went on to enjoy an accomplished performing career as an actor, singer, and dancer. One of the highlights of his career was working with Gene Kelly in the Broadway show Gene Kelly’s – A Salute to Broadway in which Mr. Dance co-starred. Opening night, he received a telegram saying, “Bill…Dance, Dance, Dance! -Gene Kelly.” 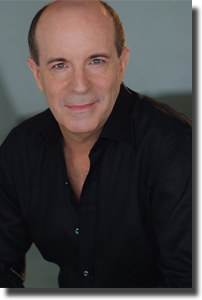 In his late twenties, Mr. Dance began working as a Casting Director and now owns and operates the premier casting company, Bill Dance Casting. He has worked on more than 200 films and TV shows, and is dedicated to quality casting and realism. 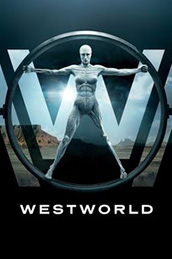 During his career as a Casting Director, Mr. Dance has provided quality background talent and additional principal casting for prestigious films such as Academy Award winners, Alice In Wonderland and A Beautiful Mind; and blockbusters, Hangover 2, Angels & Demons, Frost/Nixon, Yes Man and The Grinch. Other feature films he has keyed include The Truman Show, Jerry Maguire, When A Man Loves A Woman, Indecent Proposal, Far and Away, and Steel Magnolias, in addition to the hit TV series Mad Men, Entourage, and Deadwood.